Content POV: Diego Cannizzaro, owner of DMC Studio and Creative Director/Head of Graphics and Promotions for Canal 9 and IP Noticias

The multi-faceted and incredibly talented Diego Cannizzaro brings his industry experience and award-winning perspective to the 2023 New York Festivals Radio Awards Advisory Board.

The multi-faceted and incredibly talented Diego Cannizzaro brings his industry experience and award-winning perspective to the 2023 New York Festivals Radio Awards Advisory Board.

Since 1995 Diego has utilized his hybrid skills as a scriptwriter, sound designer, musician, radio producer, video editor, post producer, director and tv producer. His impressive career trajectory has seen Diego working within the best first-line radio stations in Buenos Aires as an independent audiovisual producer, creating an unmistakable style through sounds and graphics among all media productions.

In the interview below Diego spent a few minutes with NYF to share his thoughts on earning the NYF Grand Award, his approach to creating audio content, his most challenging project, his latest endeavor, and why he is providing future foward insights to NYF's Radio Awards as an Advisory Board Member. 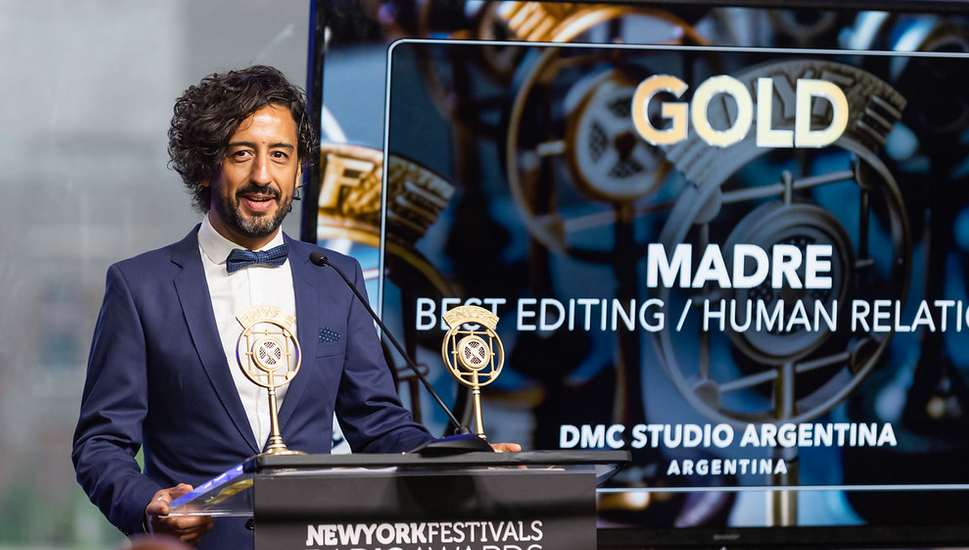 New York Festivals: As a two-time winner of the prestigious NYF Radio Grand Award, what fuels your imagination when creating your next award-winning program?

Diego Cannizzaro:The motivations are there, surrounding us all the time. And in some magical and inexplicable way, they inspire us to create and write stories. It can be on a corner of the city, sunbathing in a square, the aroma of an old vinyl record, on a car trip through a beautiful landscape, or simply motionless, listening to music.

I believe that stimuli are always present, but we are not always receptive to them and willing to receive them. It only remains for us to feel the right moment and decide to go for them, open up and let ourselves go.

New York Festivals:Throughout the years you have created award-winning content that has captured the attention of listeners and wowed judges.  What was your most challenging and most rewarding project and why?

Diego Cannizzaro: I like to believe that project is always the project that is yet to come, but I think WEIGHTLESS has a special meaning for me, it was written and produced during the pandemic time, my mother had passed away, my newborn twin daughters, really a very strong emotional cocktail.

Beyond that, I consider that WEIGHTLESS has a meticulous, creative and delicate sound work, which I am very proud. The Grand Award-winning WEIGHTLESS was dedicated to my mother’s memory and fortunately I was able to read to her the script at the hospital before her death. From that moment on, the story had a dramatic turn and a different reconstruction because the stimuli were different, but at least 70% original script that my mother heard, still remain. WEIGHTLESS is a project created in the confinement of a pandemic time, which let me escape through history's own flight. 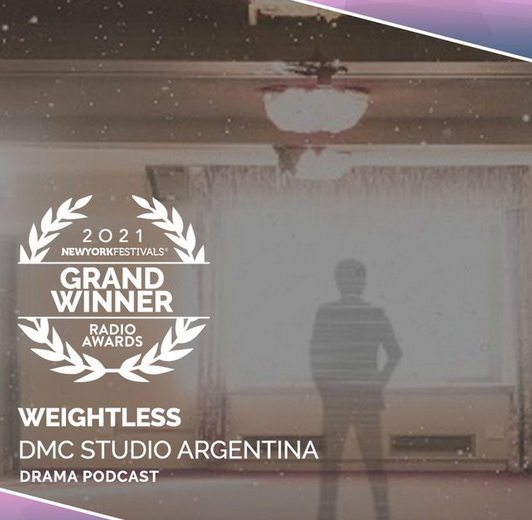 New York Festivals: Your multi-faceted background as a scriptwriter, sound designer music composer and podcaster provide you with an arsenal of creative tools, how does your diverse layered talent base enhance the scope of the programming you create?

Diego Cannizzaro:Technology is one of my creative fuels, no doubt, I always find support on different technological tools to produce my sound piece.

BLACKOUT, one of my winning pieces with the prestigious Grand Award, is based on binaural sound recordings in an unexpectedly special places in Buenos Aires.

MADRE is the opposite of BLACKOUT and was recorded throughout multiple trips but is based on the assembly of a single script built with different and multiple interviews. More than 300 people were interviewed in different languages.

WEIGHTLESS is the return to the first-person-narrative, to the philosophical state and musically it is a 1-hour-mashup-hit-songs. Technically built it with samplers and analog tools in coexistence with digital ones.

DMC STUDIO always change shapes and adapts to the technically needs and puts itself at the service of storytelling.

New York Festivals: Why did you agree to join the 2023 NYF Radio Awards Advisory Board?

Diego Cannizzaro: I personally consider New York Festivals as an iconic common place, in a global level speaking. A meeting point for all who are really involved in storytelling in the media.Personally, it is an honor to be part of the Advisory Board with outstanding colleagues from all the media worldwide.

New York Festivals: As owner of DMC Studio and now as the Creative Director/Head of Graphics and Promotions for Argentina’s October Group television channels Canal 9 and IP Noticias talk about how this additional creative challenge will provide you with new ways to express your creativity across multi platforms.

This new-creative- scene, is undoubtedly a great challenge to face.

Since last year , I have been leading a group of 35 people, part of the Graphic Art & Promotions Team for Canal 9 Telearte, one of the five broadcast television channels in Argentina and also,IP Noticias, the young journalistic cable television channel, with only 2 years in media.

My sector is full of scriptwriters, vo talents, web designers, orad and graphic designers, motion graphics and 3D artists. Editing (avid), sound designers (pro tools) and area coordinator. I’m responsible for the image, the communication and the identity designs for each television shows for both TV channels, from the digital scenery sets designs (television studio screens) video graphs, openings, bumpers, promotions and institutional spots. The street campaigns, television, audiovisuals, radio and newspapers advertising is under the gaze of my area, and I supervise the design, editing, post production for all the audiovisual pieces for both television channels Canal 9 Telearte and IP Noticias.

I believe that one of the most valuable contributions that this position gives me daily, is the possibility to discover the true talents whom I work with, having the ability to optimize production times when the deadlines sometimes put some pressure on us; to learn about how to take distance and get some new perspective and see everything from another point of view to give us more production time.

The fact of thinking about image and sound simultaneously, is my favorite creative state.